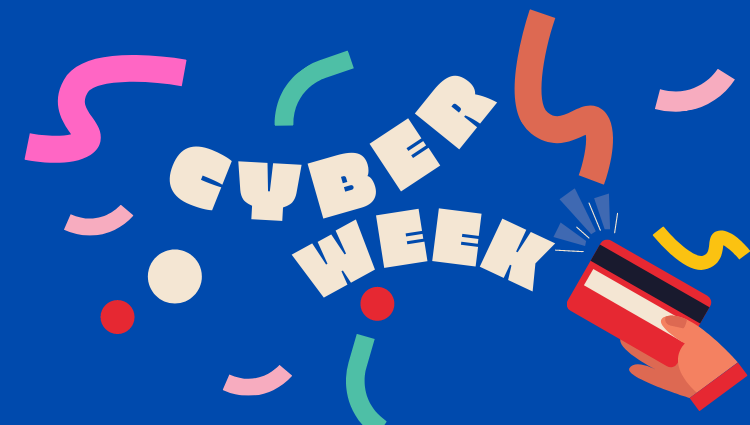 Congratulations!  You made it through Black Friday and Cyber Monday with hopefully record sales for your eCommerce store.  There’s no doubt that this holiday season had its share of challenges – from supply chain shortages to shipping carrier delays but hang in there.

On the supply chain side, if your holiday sales numbers seemed a little spread out this year, you’re not imagining things.  In fact, 40% of consumers said they planned on shopping earlier in anticipation of stores having out-of-stock issues on popular items.  So if you happened to see a bump in sales prior to the two biggest shopping days of the year, this is more than likely the reason why. While there were shipping delays last holiday season, this year shoppers were more prepared to deal with it – much to the chagrin of eCommerce store owners.  43% of shoppers were going to make purchases from bricks-and-mortar stores to avoid delays and increased shipping charges from merchants to cover the surcharges imposed by the carriers, as well as to support local businesses hurt hard from the COVID-19 pandemic.

So how exactly did Cyber Week sales shape up for 2021?  Going into the holiday season, eMarketer forecasted U.S. holiday eCommerce sales would climb 14.4% to $211.66 billion, with Cyber Monday expected to remain the top-grossing day of the season. While these numbers are only indicative of Cyber Week, it’s pretty safe to say that this year will still show record numbers for total eCommerce spending.

Some early takeaways from what the analysis at BigCommerce has seen so far include:

Mobile orders accounted for 42% of all Cyber Week sales, with an interesting twist.  Tablets continued their steady decline to only represent 1.3% of Cyber Week orders.  If you’re wondering how desktops fared, the most desktop sales were made on Cyber Monday – presumably from people shopping while in front of their computer at work.

iPhones were the phone of choice for mobile shoppers.  In fact, mobile shopping on iPhones accounted for 122% more orders than Android — up 15% from last year. Plus, orders placed on iPhones showed a $14 stronger AOV of $144, compared to Android at $130.

As we slowly wind down the holiday shopping season, don’t let your guard down.  There’s still plenty of time for shoppers to make those last-minute purchases.  If you’re having out-of-stock issues, make sure you’re offering good alternatives.  Plus, keep your customer service standards high by offering a flexible return policy, free or reduced-cost shipping offers, and perks or rewards for holiday purchases.