For Sale: Yahoo? Our Thoughts on the future of Yahoo! Store 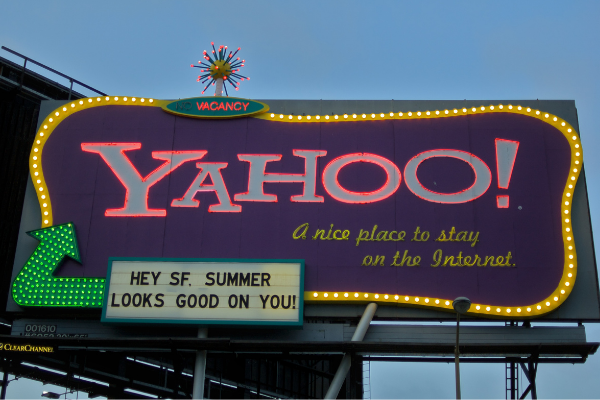 You may have seen or read an April 28, 2021 report in the news speculating that Verizon may sell some of its media assets, one being Yahoo!. Verizon purchased Yahoo!, including Yahoo! Small Business which powers several thousand eCommerce stores, in 2017.  Since then, many in the eCommerce space wondered what the fate of the old, somewhat outdated Yahoo! Store platform would be.

The latest press opens up the possibility that Yahoo! Store may be changing hands again.  It’s no secret that since the Verizon acquisition, there has been little done to the aging platform and merchants continue to defect to other shopping carts such as BigCommerce and Shopify.

While it’s not our position to speculate on what may end up to the Yahoo! Store platform we’ve helped thousands of merchants grow their business on over the past 20 years, we are in a position to help you decide whether or not the time is right to make a platform switch.

Over the past year, we have migrated dozens of Yahoo! Store merchants of all sizes – including some large, well-known brands.  We’ve also encouraged some merchants to stay put as moving to a new platform just wasn’t justifiable based on their business needs.

Whenever a store owner contacts us to discuss moving from Yahoo! to another shopping cart provider, we want to fully understand the reason why.  We’ll discuss what’s working with the current platform and what’s not.  We’ll get to the bottom of exactly why a move is being considered and go over the pros and cons of a platform migration.  It’s at that point we’ll make a recommendation as to whether or not a move is a right choice.

With Yahoo! once again in the news, it’s expected that developers such as ourselves will be receiving calls from clients wondering if now is the time to move.

As a developer, and Yahoo! partner for the past two decades, we stand by fully committed to the Yahoo! Store platform and will continue to as long as it remains active.  As your trusted developer, we’re also fully committed to YOU!  That means we’re here to help you choose a new platform and work together to launch a new store that will serve your needs now and in the future.