Site Speed – Why Do We Care?

Well to be honest, most of you at this point realize speed is a big deal. With mobile being an ever larger part of every site’s audience, it matters even more. But let’s pretend you have no idea why you’d care and simply list out a few key factors that you should care about.

It can be debated the value of this one factor alone, but Google has specifically said that a slow site will mean a negative ranking factor just based on speed. Now a fast site vs a slightly faster site may not make a difference in ranking, but slow definitely will. Unfortunately, the other thing that you must keep in mind is that eCommerce sites as a rule take longer to load than the “average” page, simply because they generally contain more images and interactivity than other sites.

According to a study by the Aberdeen group (http://www.aberdeen.com/research/5136/ra-performance-web-application/content.aspX) , a one second delay in load time can mean 11% fewer page views, a 16% decrease in customer satisfaction, and a 7% loss in conversion. Amazon has reported that for every 100 milliseconds of speed load time improvement it increased revenue by 1% and Walmart found a 2% increase in conversions for every one second of improvement.

Further, a study by Akamai (http://www.akamai.com/html/about/press/releases/2009/press_091409.html) found that 47% of users expect a web page to load in 2 seconds or less. And 40% will abandon if it takes longer than 3 seconds. Plus 52% of users, myself included, say that quick page loads are an important factor in maintaining their loyalty to a site.

So in the end, faster = better rankings, better conversion, better sales, and happier customers. Do we really need more?

Now before I get into the various tools, solutions, etc. I want to talk real quickly about the two different types of speed when looking at load times. It’s important to understand that Perceived speed is much more important to users than Real speed. Most tests attempt to replicate this experience, but they don’t always do it perfectly.

Now what I mean for perceived speed is how fast the visible page loads so a user can interact with the page. Real speed is how fast the entire page loads. Let’s take a very simplified example. If you have a page that takes 5 seconds to load EVERYTHING on the page, this is the real speed. But if the page can show the user your page within a second and the rest of the 4 seconds of load time is loading scripts and other interactions that aren’t visible immediately, then the user is happy. The site is perceived to load in one second, but has a real speed load of five seconds.

Now if you have the same site but all the scripts and files load in the top of the page (how things used to always be coded and some sites are still built), then what can happen is it starts loading but doesn’t display until as much as four of those five seconds have passed. So the perceived load time is about four seconds, with that all showing a pretty blank page or partially loaded page, even though the real speed is still five seconds to load. So it makes a completely different, and frustrating, user experience.

So as we look at some of the testing tools and things they test, some are meant to increase the real speed, and others are specifically to increase the perceived speed. As a rule, for the “ideal” load, you load only the things that are needed AS they are needed, or just before. This isn’t always possible or sometimes can take more time and expense than it’s worth, but that’s the goal.

Coming up in our next blog – Testing Tools.  Everything you need to know! 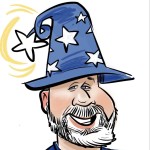